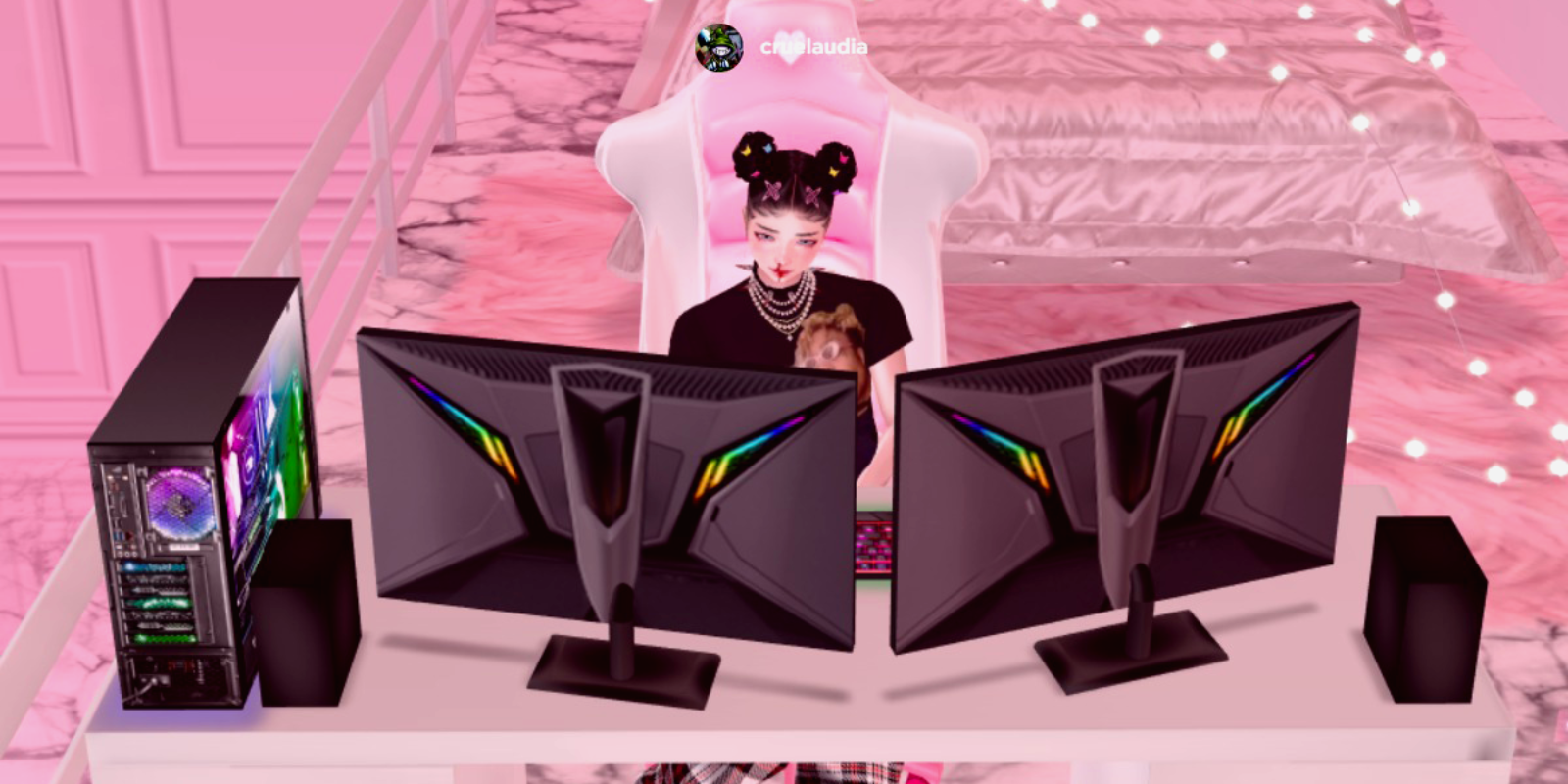 “Main-stream” is a fake streaming in which several identities play video games (fake too) that correspond to different aesthetics currently popular (mainstream). These streams are somehow related to each other creating a loop of different streaming clips.

“Main-stream” evidences several situations that occur in a streaming context while playing with the idea of exploiting a certain aesthetic to obtain benefit and/or popularity from it.

–> Claudia Martín is an audiovisual designer and digital artist from Barcelona under the nickname Cruelaudia. In her short career, she has done both graphic design and audiovisual projects mostly oriented to the world of music and fashion. From fully recorded and post-produced music videos, 2D and 3D artworks, to visuals for the Mercedes Benz Fashion Week. Recently she has finished hes End of Degree work, “The Body Backyard”. In it she is making a program of interviews through digital bodies, where she rethinks the use of the concept “avatar” from different points of view and is entirely produced by the artist.