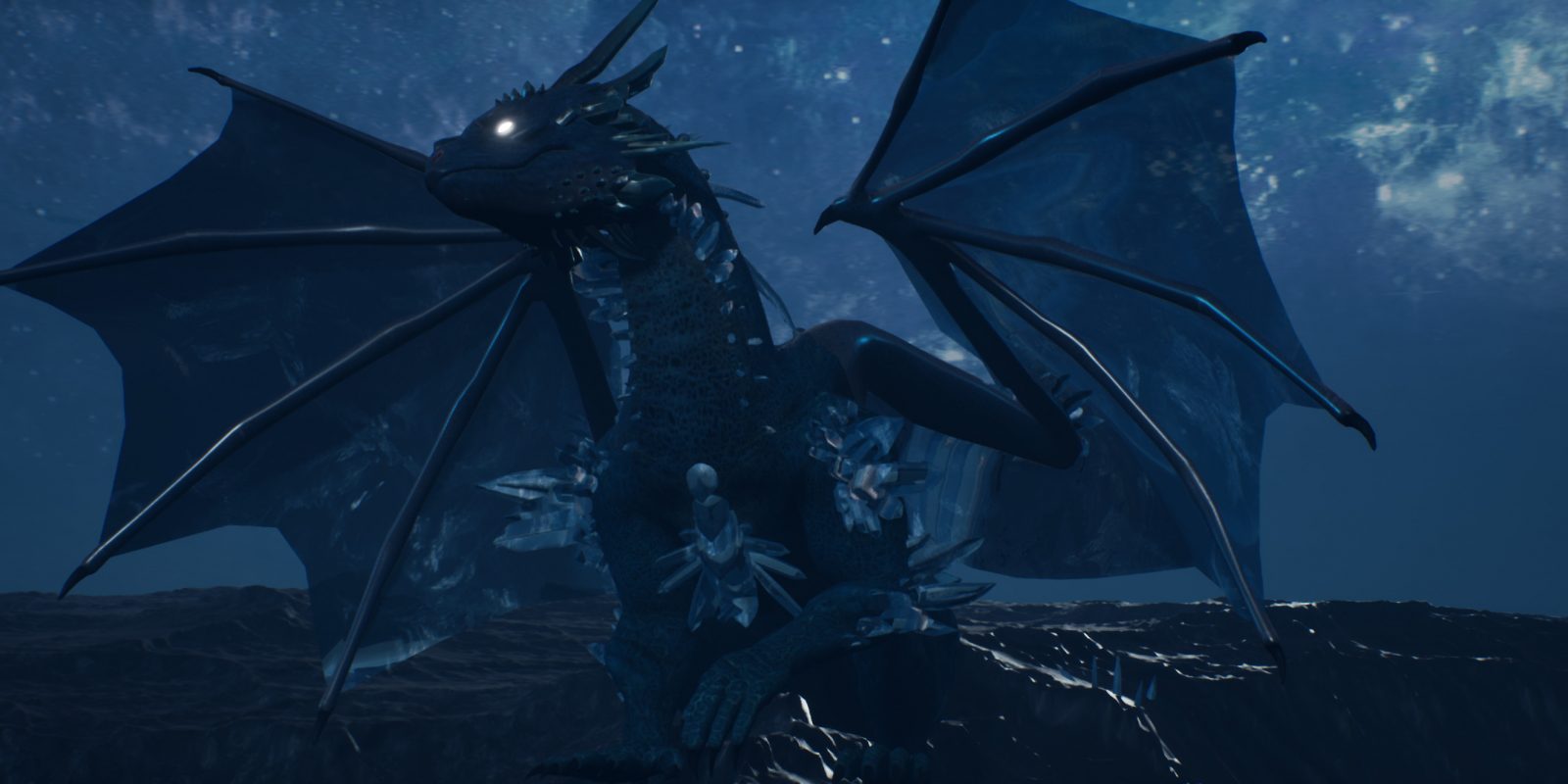 Guild Troubles is a multiscreen audiovisual piece, posed as the narrative visualization of a musical work in progress, and based on the main narrative archetypes of RPG journeys and the dynamics of massive online games as thematic background. A successful MMORPG inhabited by dragons and fantastic creatures happens to be destroyed overnight, with all the characters disappearing except for a small group of baby dragons united by fate, who decide to try and find out what is happening to their world and find a solution to bring it back to life.

Diego Navarro is a multidisciplinary artist born and living in Valencia whose production is divided mainly into the sound field -through electronic musical composition and sound design for contemporary media- and visual, mainly influenced by the aesthetics of videogames and fantasy. . He has collaborated with artists such as Darío Alva, Theo Triantafyllidis and Mar Ballarín and has worked for clients such as Adult Swim and MTV. His sound production has been present at festivals such as MIRA and Sónar, as well as interventions in museum spaces such as IVAM and Bombas Gens. He currently divides his time between artistic research and commercial work in both the visual and sound fields.