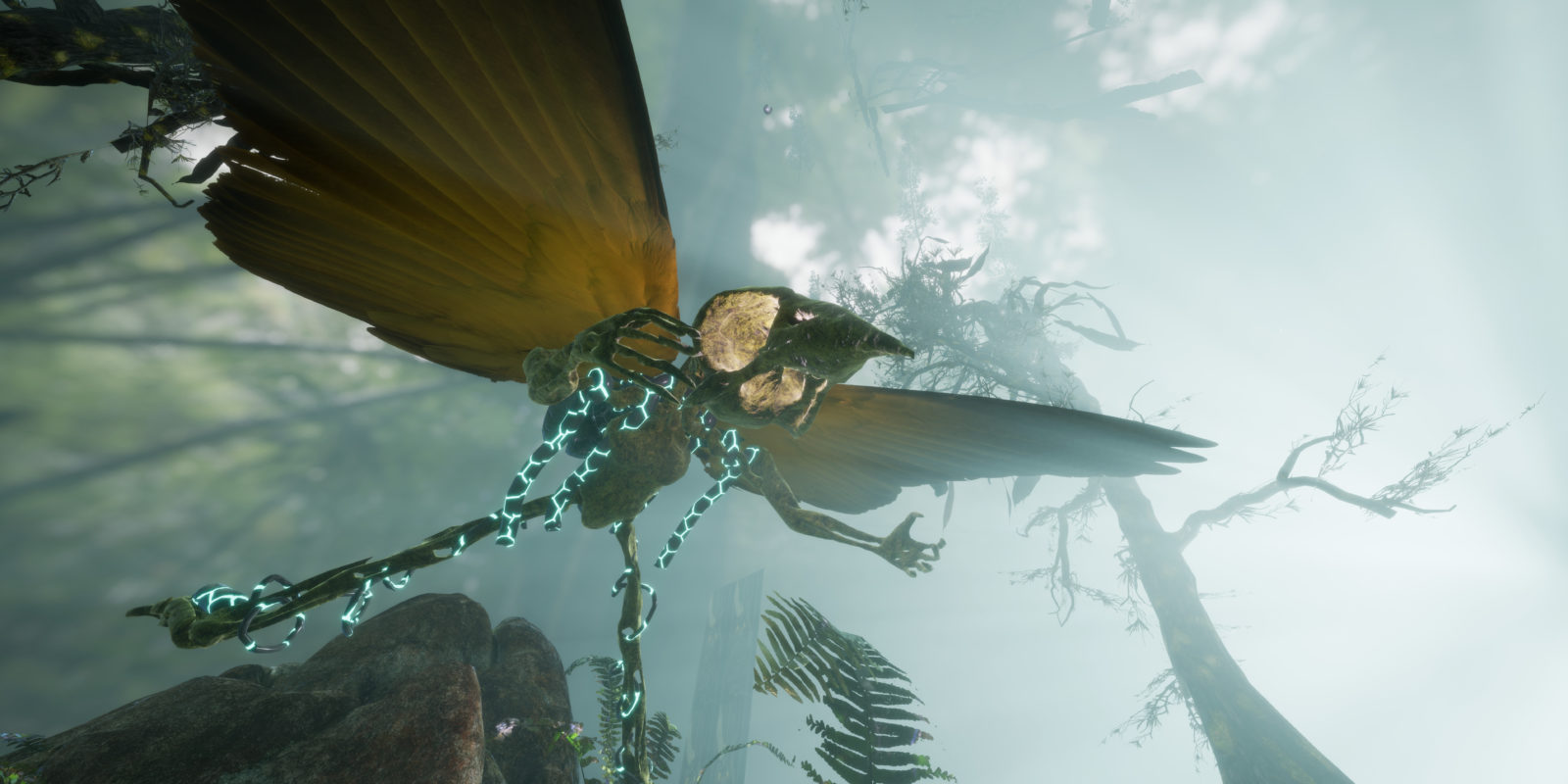 “Re-animated” is a video and VR work, based on the last Kaua’i ʻōʻō bird that died in 1987, marking the extinction of its species. In 2009, its mating call – first recorded in 1975 and later digitized in an ornithology lab in New York – was uploaded to YouTube. Since then, the song of the Kaua’i ʻōʻō calling in vain to a mate who was no longer there has been played more than half a million times.

As a digital gardener, Jakob Kudsk Steensen has collected and planted a myriad of flora and fauna, which he, by the use of algorithms, has programmed to colonize the island. The virtual landscape is equally an entrancing ecosystem filled with water, light, plants, birds, fish, and insects, and a biotechnological laboratory for a resurrected, monstrously-scaled bird.