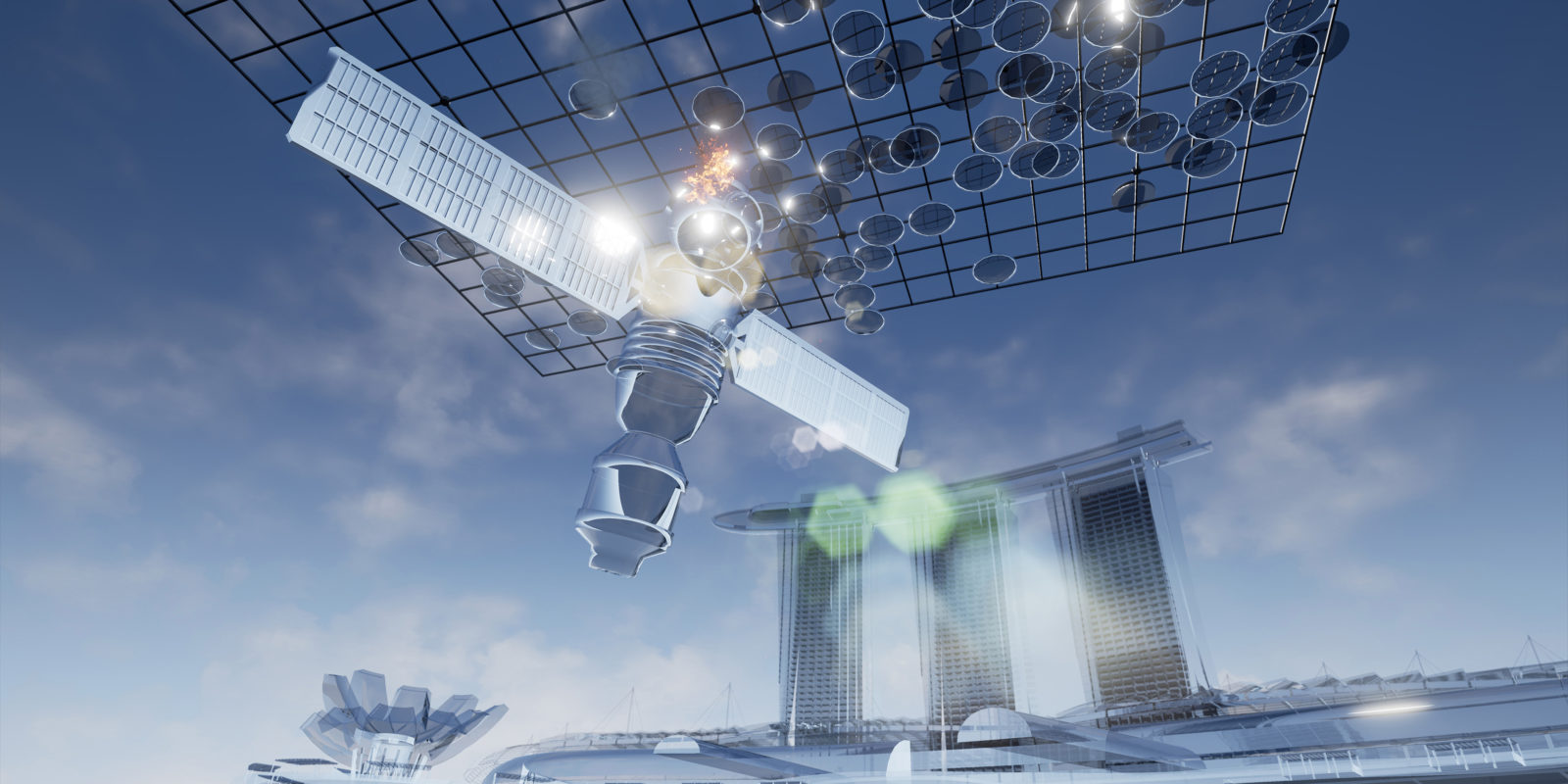 Lek’s video animation “Geomancer” tells the story, set in Singapore in the year 2065, of an environmental satellite that wishes to become an artist. “Geomancer” imagines the crisis that might happen when the world has become a techno-industrial complex run by a posthuman intelligence, and humanity will no longer be considered that special. “Is irrationality the main characteristic of consciousness?” asks the film’s narrator, proposing art as the last refuge of humanity in an otherwise automated world where an artificial intelligence dedicated to copying and studying massive amounts of data has appropriated every human trait that can be used to produce profit. The film uses ‘art’ to symbolize humanity’s appreciation for creative thought and beauty, asking what will happen when an emotionally aware AI gains the power of self-expression, and creative genius is no longer the domain of humanity.

–> Lawrence Lek is an artist, filmmaker, and musician who unifies diverse practices—CGI, audio-visual performance, gaming, and fiction—into a continuously expanding cinematic universe. His works include the CGI feature film AIDOL (2019), the video game 2065 (2018), the AI-coming-of-age story Geomancer (2017), the video essay Sinofuturism (1839-2046 AD) (2016), and Nøtel, a simulation of a fully-automated luxury hotel in collaboration with Kode9 (2015).