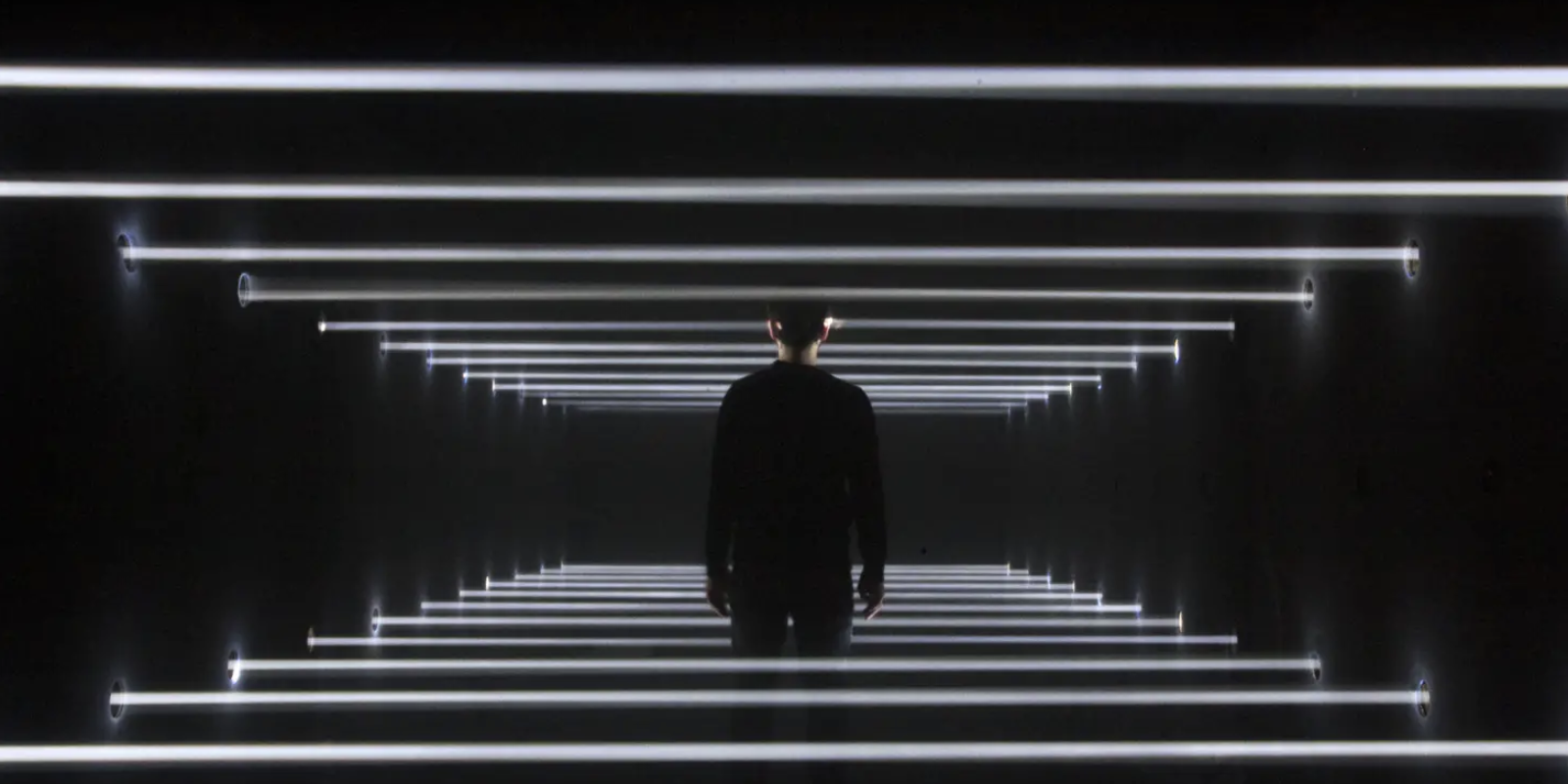 “Licht, mehr Licht!”, or “Light, more light!” in English, were the great German author and scientific thinker Goethe’s dying words. The installation, created and developed by French visual artist Guillaume Marmin, echoes near-death experiences, whose survivors describe a “tunnel of light” opening up beyond the darkness. Marmin’s works give form to the intangible, unveiling the beauty of the unseen and the mathematical foundations of reality.

In “Licht, Mehr Licht!”, said darkness is penetrated by beams of light in perpetual motion that sketch out hypnotic geometric shapes, transforming space into a living entity. Closely correlated to the work’s visual dimension is the use of sound created by Philippe Gordiani and Eve Risser, based on a minimalist sonic palette and focused on spatialisation. The synaesthetic relationship generated between light and sound transforms our perception of speed as it stretches and shrinks space and time around us.

Commissioned by MIRA, Marmin will present an XL version of the installation at this year’s festival.