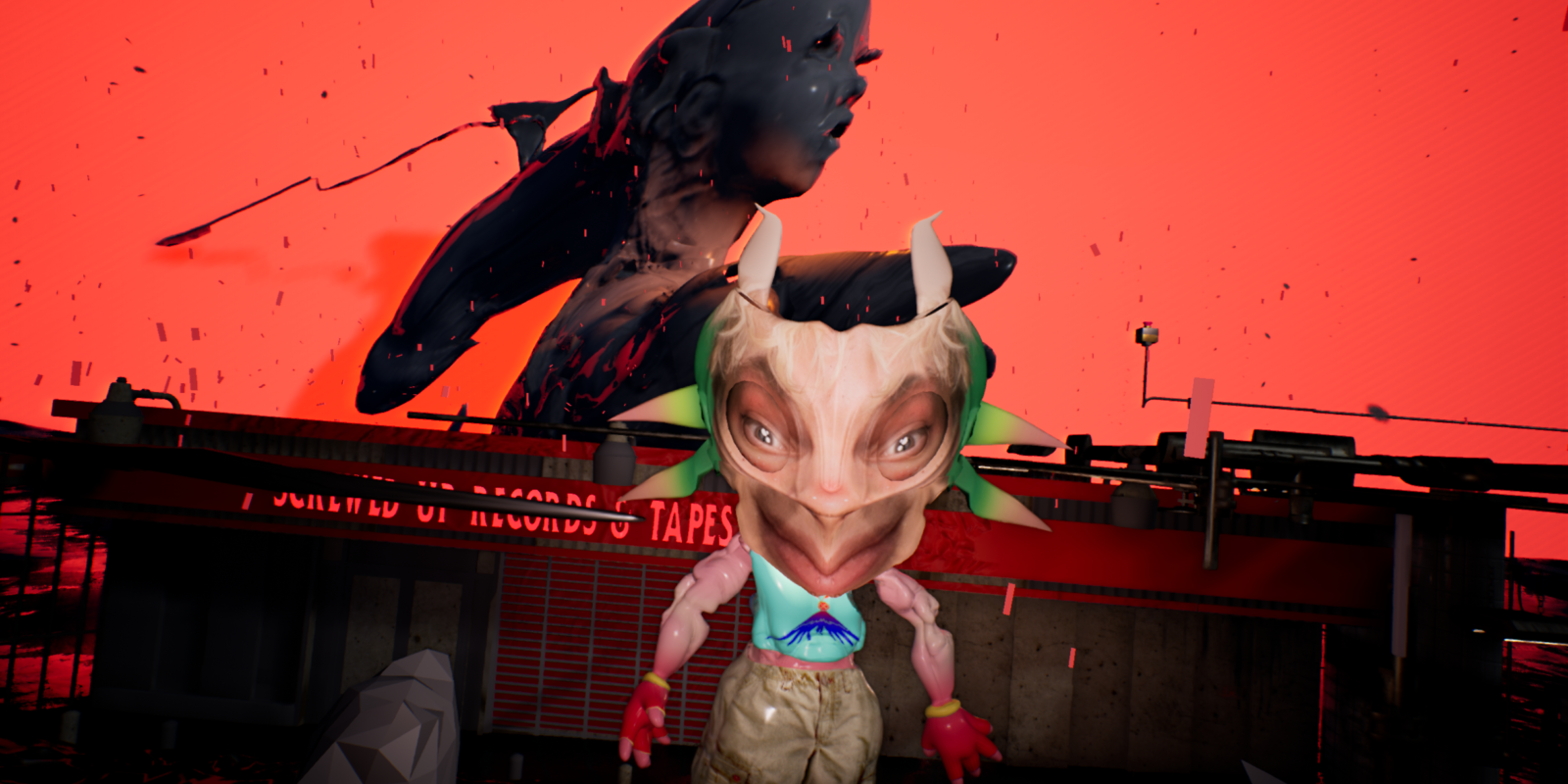 “Episode 360-M” is a spatial expansion of a series of VR-puppet guided, semi-satirical animations done over the course of the last year, guiding the viewer through deconstructed 3D environments of Team Rolfes’ past performances, demonstrating the increasingly absurd methods of motion capture and puppetry has developed for stage and screen as a massive corporate client looms.