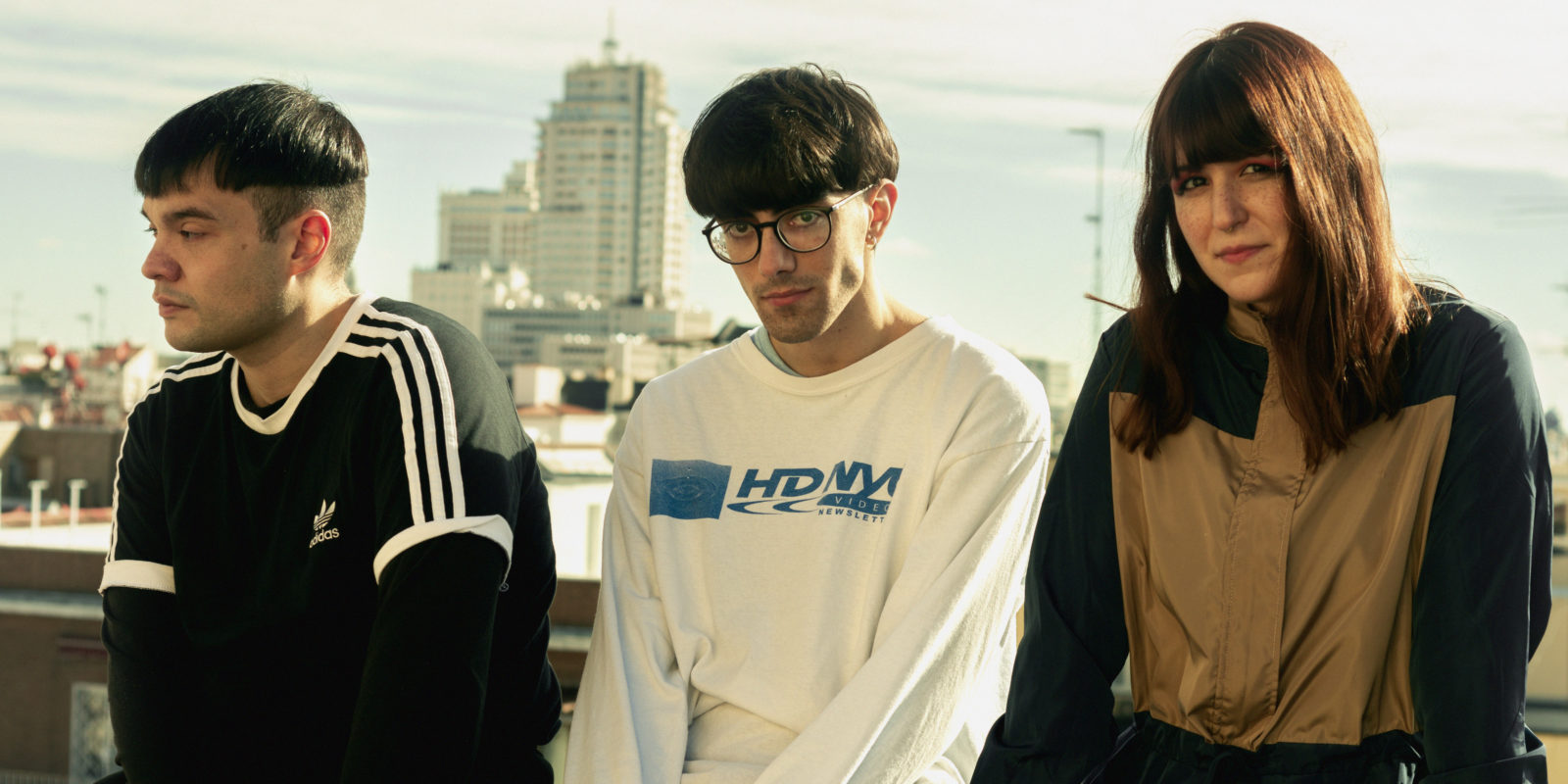 VVV [Trippin’you] is a neo-bakala trio from Madrid that was born to worship the cold, noise, modernity and car parks. An end that finds the balance between generational darkness and the desire to dance on the dancefloor.

With frenetic lyrics, full of the most alternative generational spirit, VVV [Trippin’you], offers us a vision of the uneasiness of today’s youth. Psychedelic electro-punk sounds and vocals full of echoes of despair that make you travel through time.

In 2018 they released ‘Lennui’, their first LP, which led them to tour all over Spain until 2019, a year in which they continued playing in different venues and festivals all over the country and, in addition, they presented two singles and a documentary about the band. Their second album, ‘Escama’ was presented in February 2020, which they decided to cover at the end of that same year to pay homage to all those dance floors that the pandemic didn’t let them burn.  And, in between, they also decided to release an EP of four tracks entitled ‘Cólera / Mi Sangre’ with Luz Futuro.

They arrive at MIRA 2021 to present a new album and a new audiovisual show.