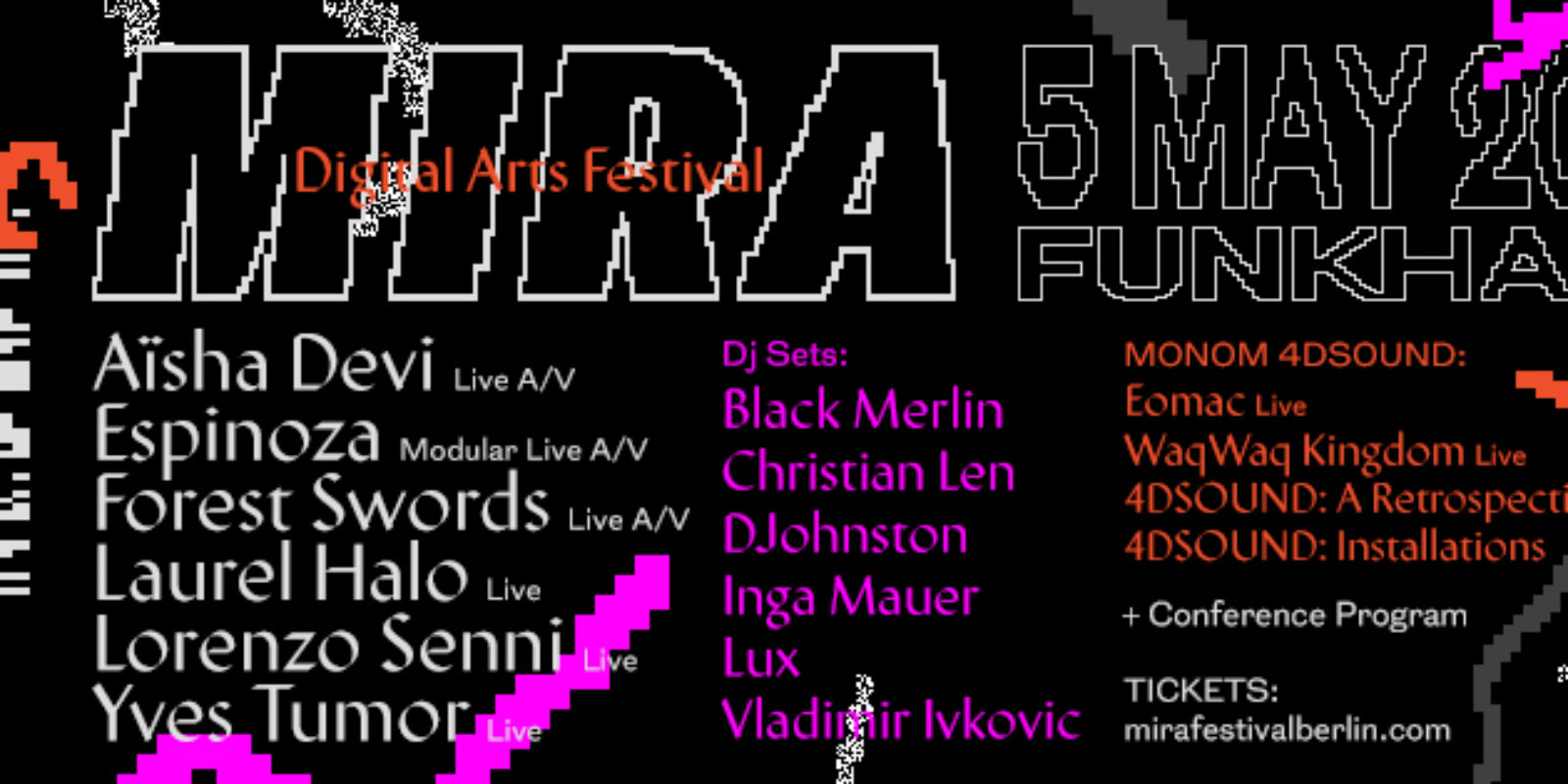 We are going back to Berlin! On Saturday, May 5, we are traveling again to the German capital to celebrate the second edition of MIRA Berlin, which will take place in the historic Funkhaus Berlin, the former headquarters of the GDR’s radio broadcasting, an emblematic building that, among other gems, houses the largest recording studio in the world. From 4pm, MIRA Berlin will host audiovisual shows, concerts, DJ Sets, a new 4D sound space and conferences, all in a day dedicated to experience digital arts in one of the key cities for the musical and technological creativity on a world scale.

Today we unveil the festival’s line up and release a reduced number of Early Bird tickets for 33€ plus fee. Stars from contemporary electronics such as Lorenzo Senni, Forest Swords, Laurel Halo, Aïsha Devi or Vladimir Ivkovic, as well as artists from Berlin and Barcelona, will be present at the event. MIRA Berlin aims to become a reference in the dissemination, discussion and exhibition of artistic proposals that link visual arts and live music with sound and cutting-edge technologies, and with the will to approach the powerful Berliner talent.

MIRA Berlin will occupy several spaces of Funkhaus: the wonderful Studio 1 will host the audiovisual shows, the Foyer room will do the same with the DJ Sets and, as a novelty with respect to the first edition, we premiere the MONOM 4DSOUND stage in collaboration with Berlin’s Center for Spacial Sound, a spectacular space with 4D sound.

MIRA Berlin starts a new collaboration with the studio MONOM 4DSOUND, located at Funkhaus and especialized in 4D sound. The sonic technology in 4D displays a dynamic and multisensorial sound where its depth and movement are perceived. The new space will host two live shows, a retrospective and two sound installations.

Two of the members of WaqWaq Kingdom, Shigeru Ishihara (the legendary DJ Scotch Egg) and Kiki Hitomi (singer and songwriter of King Midas Sound), and Dj, artist and producer Eomac (half of the duo Lakker) will present two live shows created exclusively for 4D sound technology and curated by MIRA Berlin. In addition, MONOM 4DSOUND will also host a retrospective consisting of sound pieces by Koenraad Ecker, Ioann, Maxime Gordon, Casimir Geelhoed, John Connell, Paul Oomen and Edgard Varese, and two sound installations by Thomas Ankersmit and Croatian Amor, artists who have made a residency at MONOM 4DSOUND.

The conference program of MIRA Berlin will focus on the social approach to digital culture and new technological trends and will have three conferences: Diversity and gender in music, digital art and technology, by Leil Zahra (queer activist and film director), Mic Oala (cultural producer and creative consultant) and Lyra Pramuk (singer, composer, production company and performative artist); Interactive sound: the exploration of the instincts through music, by Shigeru Ishihara (electronic music producer, known for being the legendary DJ of breakcore-gameboy Scotch Egg and for playing bass in Seefeel); and Internet social debate, by Entter (digital designer, art director, visual artist, creator of video mapping and motion clips).

All information and ticket sales at www.mirafestivalberlin.com. 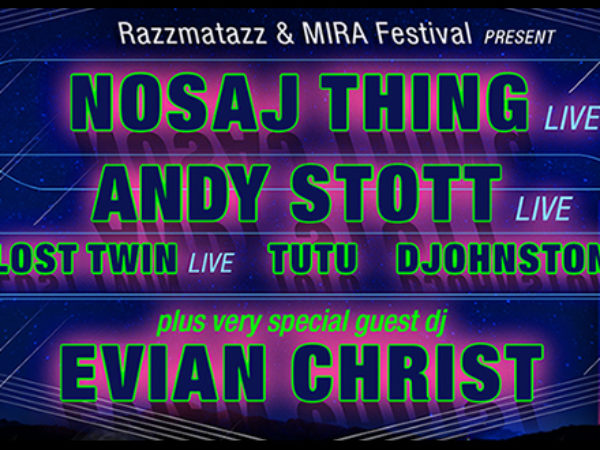 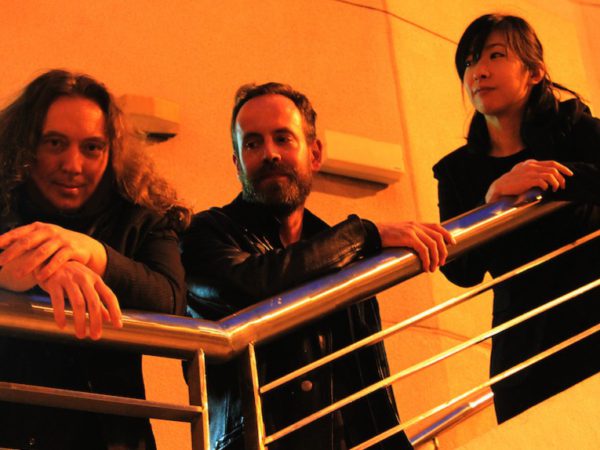