MIRA Digital Arts Festival announces the program of its sixth edition to be held from November 10 to 12 at Fabra i Coats.

✓ The festival in Barcelona dedicated to digital arts will have a day of free activities on Thursday November  10th and two days of payment activities, on Friday 11th and Saturday November 12, at the factory in Sant Andreu district.

✓ MIRA 2016 has scheduled more than 30 activities focused on music and live visuals : 20 -13 audiovisual premieres in Spain and five exclusive shows curated by the festival- , 3 , 360º Fulldome shows , 4 conferences and 2 screenings .

MIRA. Digital Arts Festival, to be held on November 10, 11 y 12 at Fabra i Coats – Fàbrica de Creacio located in the district of Sant Andreu, announces the line-up of its sixth edition.

The festival, which focuses on digital arts through the connection between electronic music and live visuals, will have a day of free activities, on Thursday November 10, with conferences, audiovisual shows and screenings at the MIRA Dome, a 360º  immersive dome, and two days of payment, on Friday 11 and Saturday 12 , with live audiovisual, 360º shows and installations. The three-day festival will be held in Fabra i Coats.

In addition on November 7, 8 and 9, MIRA is organizing a workshop focused on creating content for FullDome structures with Romain Tardy, founder of the collective AntiVJ and German creative studio Intolight as teachers. More information here.

Barcelona’s festival will feature the comeback of Death in Vegas (UK), the band of Richard Fearless, one of the great agitators of the global electronic scene, he will present for the first time in the Spain, Transmission, his latest work, with a spectacular new AV show. British producer Zomby (UK) will also present Ultra his newly released fourth album -released via Hyperdub-, a trip that elapses between dubstep, 2- step , uk garage and idm, and has the support of the enigmatic Burial.

With more than 15 years dedicated to experimental music and a vast discography, Tim Hecker (CA) , one of the best ambient artists of the moment, will present at MIRA Love Streams, his new work, an album influenced by the choral compositions of the Flemish school in the fifteenth century, carried with synthesizers and digital sounds. He  will be accompanied by a light show by the German artist MFO ( DE). The same MFO will be in charge of the light-visual section of new work by Roly Porter (UK), Third Law, published by the prestigious label Tri-Angle, a show of violent rhythms intensified by a design that make the show a spectacular experience for the public.

Lee Gamble (UK) will present for the first time in Spain and together with his childhood friend and visual artist Dave Gaskarth (UK), his new AV show Foldings , a spectacular piece that combines images and data from the European Space Agency to draw imaginary landscapes and 3D representations perfectly synchronized with the music of Gamble.

The Bolivian artists and  resident in Virginia, Elysia Crampton (US ) will present her latest album, Demon City, in a staging halfway between a poetic and activist performance and a live electronic set. “The challenging aesthetic of  transgender artists like Arca or Crampton comprises a soundless  intelligent and expansive limit that is hard to describe but radically visceral” according to Pitchfork.

After playing at MIRA Berlin last June, Lone now comes to MIRA Barcelona to present his new album, Levitate , accompanied by drums and the visual artist Kon-om-Pax (UK). Kon – om- Pax will also perform an audiovisual show, presented for the first time in Barcelona where he will present his latest album Caramel, a journey between ambient, noise and rave music.

The Red Bull Music Academy presents for the first time JLIN (USA) live in Barcelona. The queen of footwork, who charmed Mike Paradinas, the founder of Planet Mu, with her debut album, will be accompanied by visual artist Florence To (UK) . In addition, RBMA will also present at MIRA 2016 the audiovisual show of Throwing Snow (UK).


Esplendor Geométrico (ES) deserves a separate chapter, the most transgressive and famous electronic music group from Spain in the 80’s. The duo will present their latest album in an audiovisual show with visuals created by themselves with a dark atmosphere and staccato rhythms.

Following this dark line, /beyond/ (ES ) will present his self-released debut album, Now I see there is light /beyond/ darkness, in an audiovisual show with visually blends from Piss & Laugh TV, in collaboration with Marta Barceló. In a more cosmic line, the young IMP (ES) will present Rain over Orion, a piece of intelligent techno and electro space. The Valencian duo Güiro Meets Russia (ES), halfway between psychedelia and experimental music kosmische, will debut in Barcelona they audiovisual live show at MIRA 2016.

Visual artists at MIRA in 2016

Pfandfinderei, a design and motion graphics studio from Berlin, represents the best of contemporary digital art. They have visual shows for Modeselektor, Paul Kalkbrenner, Tiga and Moderat, among others. At MIRA they will do a VJ set for Zomby. Live visuals are stories in themselves, stories with a creative discourse with talent, quality and style.

Acclaimed by critics as one of the most powerful visual artist today, Jem The Misfit (AU), Australian artist based in Berlin, has worked in the video mapping AV performance through the fusion of 3D sculptures. MIRA will display a live visuals halfway between the real and the virtual, accompanied by the Dutch dj Job Jobse .

Entter (ES) -Raúl Berrueco- resident in Santander is a designer, art director and visual artist. His AV show Church of Whatever with musician Hiss, is one his most groundbreaking, politically incorrect  and his creative peak. At MIRA he will show  his work as a VJ ; DIY punk attitude and 8bit master alongside the mysterious Gesloten Cirkel.

Boldtron (ES), aka Xavi Cardona, musician, blogger and cover designer. At MIRA he will present a live show of his own images with a vital objective, which he defines as Lastvangarde . Boldtron will do a VJ set alongside Kim Ann Foxman.

Job Jobse (NE), one of the greatest current European DJ’S and head of the popular label  Life and Death. He will be in charge of closing the festival with a dance session in which he mixed masterfully the latest electronics with the best of past. Visually supported by Jem The Misfit (AU). Dj Kim Ann Foxman (US ), maximum exponent of the electronic scene in New York will close Saturday night at MIRA 2016. A lesson of modernity in which she won’t fail house, acid and techno, with visuals from Boldtron (ES).

Immersive experiences at the MIRA Dome

The Barcelona producer Begun (ES) made a trip to the African continent guided by his recently released album, Amma, and adapting to a more contemplative and less danceable way. An exclusive and unprecedented 360º show that only can be seen in MIRA 2016 with Marce Bago managing the visuals (ES ).

At the 360º Dome there will be two screenings in immersive format: video Chronophage a screening of the Canadian group of artists Tind (CA) and visual artist Morphogenesis Can Buyukberber in collaboration with the architect of sound Yagmur Uyanik (TR).

Jankenpopp & Zombectro will explain Windows 93 project, an online simulator aesthetically an operating system like Windows 95 alone, virtual girl on the desk and pop-up windows that are constantly multiplying, among other utilities. In addition, after the presentation, they will make an audiovisual show based on the 8 -bit Windows aesthetics.

The acclaimed visual artist MFO, will present at MIRA two shows with Tim Hecker and Roly Porter, he will also participate in a Question & Answer session to reveal the secrets of his projects. Lee Gamble and Dave Gaskarth also taught a lecture at MIRA 2016. The aim is that the artists themselves explain the creative process of the audiovisual shows that will be presented at the festival.

IAM (Internet Age Media), a platform born in Barcelona that focuses on Internet culture, the members will give a conference on the future of the network, and the study of visual culture  also Barcelonian studio Hamill Industries, creators of the visual show of the last tour of Floating Points will talk about their latest projects.

▬ ► Soon MIRA will announce installations and novelties of this new edition. 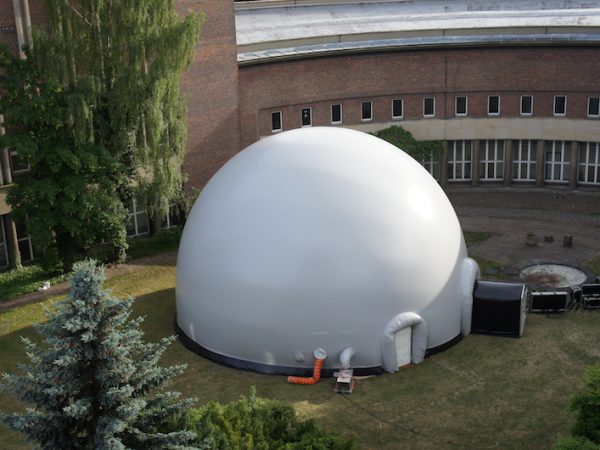 ▬ ► 30% discount on RENFE trains to come to the festival