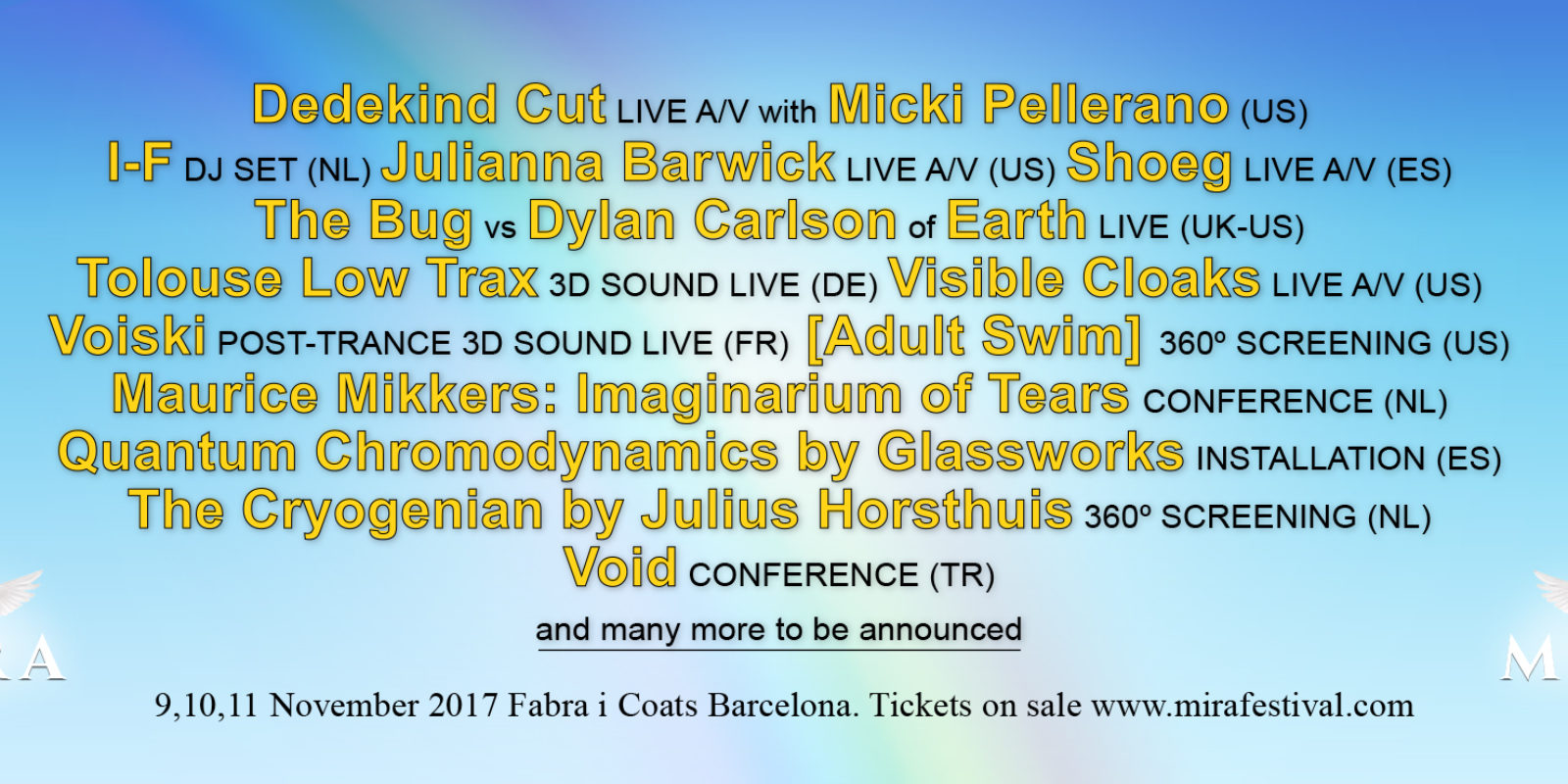 We’ve already announced the first confirmed names for MIRA 2017, which will be held on 9, 10 and 11 November in Fabra i Coats, including AV Shows, dj sets, installations, screenings and conferences. In addition, we are announcing a new stage, the 3D Sound Room by SON Estrella Galicia, that will host 3D sound shows.

The 3-Day Passes at a reduced price which are now put on sale (until stocks last) include the three days of the festival. The ticket also includes Thursday, dedicated to disclosure and discussion around digital arts, as well as conferences, master classes, the premiere of large format immersive installations, screenings at MIRA Dome and audiovisual shows.

The announcement of the first names, paragraph musical, comes headlined by the Spanish premiere of the new live show from The Bug -British dubstep legend- who has joined Dylan Carlson -founder of the legendary drone metal band Earth– to present the recent ‘Concrete Desert’ (Ninja Tune, 2017). This collaboration fits perfectly drone guitars and impeccable electronic structures.

Dedekind Cut, master of experimental jungle and ambient, will present his debut album, ‘$uccessor’ (ded004, 2016), a work with a personal vision of ambient valued by the press as one of the best in 2016. For MIRA 2017, Dedekind Cut joins prestigious filmmaker and visual artist Micki Pellerano to offer an exclusive live audiovisual show at world premiere.

American artist Julianna Barwick will perform her latest work, ‘Will’ (Dead Oceans, 2016). Her compositions, influenced by the choirs of the Louisiana’s church where she grew up, are created from loops of her own voice.

I-F, author of electro anthem ‘Space Invaders – Are Smoking Grass’ and founder of label Viewlexx, will offer a DJ session that will show that he’s capable of mixing several genres masterfully.

Visible Cloaks have surprised the international panorama of electronica this year. With their debut album, ‘Reassemblage’ (RVNG, 2017), to be presented in MIRA, the American duo has created a utopian new sound with a mise en scene created by visual artist Brenna Murphy so that the live show will become a multi-sensory play.

Shoeg, one of the most interesting electronic artists on the national scene, will present his latest work, ‘Vaseline’ (Memory no.36, 2017), an album of sober sound that has a futuristic graphical developed by the artist himself.

The novelty of this edition is the 3D Sound Room by SON Estrella Galicia, a new oriented-to-dance stage focused on surround sound and audio-immersive technology created by Intorno Labs. This new stage will have a multi-channel sound system with 40 speakers located around the room while the artist will act from the center, and proposes a dynamic sound with soundscapes extremely detailed, a multi-sensory journey unprecedented where the depth of the sound and its movement is perceived.

The 3D Sound Room by SON Estrella Galicia already has its first artists confirmed: Voiski, referent of the Parisian scene, performing a show of post-trance and techno with infinite loops, beats and futuristic sound; and Tolouse Low Trax, key figure of the Düsseldorf scene and co-founder of Salon des Amateurs, who will offer a live show of different genres and blurred scenes.

With regard to Art Installations, the first one announced is Quantum Chromodynamics, a work created exclusively for MIRA 2017 by Barcelona-based studio Glassworks, an R+D lab specialized in interactivity and emerging technologies. It is a modular interactive installation in which the user will generate a virtual dance from its movement and its interaction with several drones suspended in the air.

We are also announcing two 360º Screenings that will be in the MIRA Dome: [Adult Swim] presents Six Minutes That You’ll Never Get Back (US), a visual piece created by the renowned American animation studio in collaboration with London’s Golden Wolf; and ‘The Cryogenian’, a trip through a billion-year-old glacier by Julius Horsthuis, Dutch designer of FX, virtual reality and immersive experiences.

On Thursday, November 9, we’ll celebrate a day dedicated to disclosure and discussion around digital arts. One of the conferences will be borne by Dutch photographer Maurice Mikkers presenting Imaginarium of Tears: a scientific-and-emotional study which tries to explain the natural history of tears and how these can be applied to technology and art. Moreover, during the festival Mikkers will have a booth where he’ll experience with their tears of attendees who wish to do so.

Void, a Turkish collective dedicated to digital arts and animation, will be present through female artist Selay Karasu, who will host a conference that will review the career of the group and will talk about fulldome content creation and the emerging Turkish digital scene. 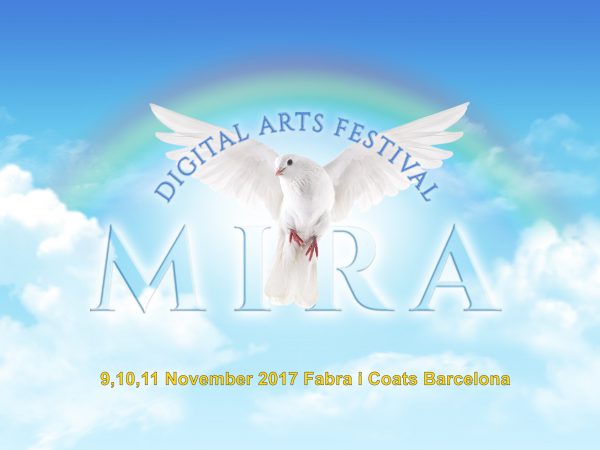 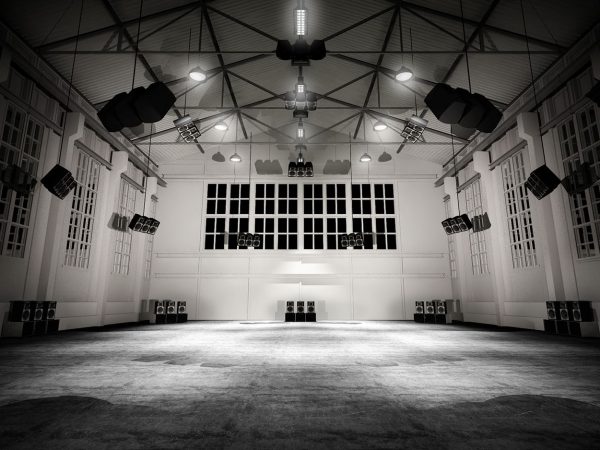